Amy May is General Manager of Boeing Canada Winnipeg, which manufactures parts for every airplane that Boeing Commercial Airplanes produces.

Amy started her Boeing career as an industrial ergonomist supporting Boeing Fabrication, 737 and 757 programs. She supported the 787 new airplane design, where she and her teammates received a patent for a “method for managing ergonomic risk exposure in manufacturing.” She later joined Engineering, Operations and Technology (EO&T) as senior manager responsible for enterprise common EHS processes and served as the Senior Manager for BCA’s Fabrication EHS organization, responsible for EHS integration across 12 sites globally. Following that, Amy became Director of Environment, Health and Safety (EHS) for Renton and Boeing South Carolina sites, as well as BCA EHS Integration. Most recently, she was Director of Boeing Workplace Safety, leading Boeing’s Go for Zero – One Day at a Time initiative.

A graduate of Harvard University’s General Management Program, Amy holds a Bachelor's and Master's Degree in Industrial Engineering from Kansas State University and West Virginia University, respectively. She is a Certified Professional Ergonomist and previously served as an adjunct professor in Ergonomics for Central Washington University. Amy is on the Board of Directors for Washington Green Schools, whose mission is to provide schools with the support and resources to empower the next generation of environmental leaders.

With a family dedicated to fundraising for cancer detection and treatment, Amy founded Breathe Deep Seattle, a walk/run for LUNGevity Foundation. In her spare time, she enjoys camping and backpacking with her husband, daughter and friends. 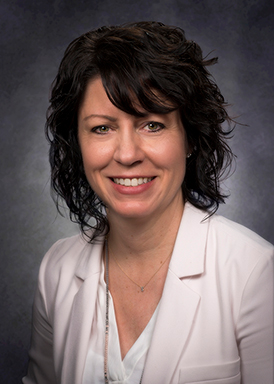