Donna Hrinak was appointed president of Boeing Canada in November 2019. She coordinates all company activities in Canada and identifies new partnership opportunities to grow the business. She is responsible for the development and implementation of the Boeing Canada strategy, including the enhancement of government and other stakeholder relationships. Hrinak also continues to serve as president of Boeing Latin America and Caribbean, a leadership role she has held since 2014. She reports to Sir Michael Arthur, president of Boeing International.

Hrinak joined Boeing in October 2011, as president of Boeing Brazil. Previously, she was vice president, Global Public Policy and Government Affairs, for PepsiCo, Inc. She joined PepsiCo in 2008 from Kraft Foods, where she was corporate affairs director for Latin America and the European Union.

Before entering the private sector, Hrinak was a career officer in the U.S. Foreign Service. She has served as U.S. Ambassador to Brazil (2002–04), Venezuela (2000–02), Bolivia (1998–2000), and the Dominican Republic (1994–1997) and as deputy assistant secretary of state for Mexico and the Caribbean. She has also worked at the U.S. missions in Mexico City; Tegucigalpa, Honduras; Bogotá, Colombia; Warsaw, Poland; and São Paulo.

Hrinak serves on the boards of the Inter-American Dialogue and Adtalem Global Education. She is also a member of the International Women’s Forum (IWF) and of the Organization of Women in International Trade (OWIT). She writes and speaks frequently on foreign policy and gender issues.

Hrinak’ s awards include the Order of the Barão do Rio Branco from the government of Brazil and the Order of Duarte, Sánchez and Mella from the government of the Dominican Republic. She also received the Career Achievement Award from the U.S. Department of State and the Distinguished Public Servant Award from the U.S. Coast Guard. In 2005, she was named International Businesswoman of the Year by the Miami chapter of OWIT.

Hrinak is a graduate of Michigan State University, from which she was also awarded an honorary doctorate of Humanities. She also attended The George Washington University and the University of Notre Dame School of Law. 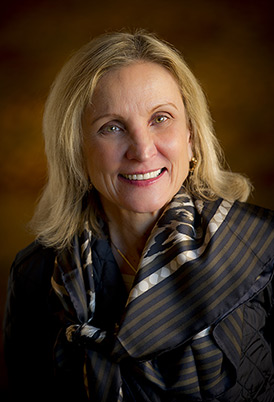