As Boeing’s country leader in Canada, Sullivan leads Boeing’s business interests across the country, which include over 1,650 full-time Boeing employees at 13 different business locations, over 550 Boeing suppliers, 409 commercial airplanes and 96 military aircraft.

Sullivan is a former general officer and senior military commander who has served at the highest levels of operational command and leadership. He entered the private sector in November 2009 following a 31-year career in the Royal Canadian Air Force and has, over the years, championed initiatives related to defence and security, aviation and aerospace, and leadership and ethics.

In 2014, Sullivan received a Governor-In-Council appointment to serve as a presiding member of the Transportation Appeal Tribunal of Canada and was later appointed chairperson and chief executive officer. As a Tribunal member, he presided over matters related to government enforcement actions across Canada’s civil aviation and aerospace sectors.  In October 2015, Sullivan was invited to join David Pratt and Associates in Ottawa as an associate and senior counsel.

Sullivan has also served in several senior executive and high-profile leadership positions throughout his career. As director-general of Capability Development at National Defence Headquarters he led a diverse team of defence research scientists, PhD academics and senior military analysts in implementing capability-based planning to identify Canada’s future military capabilities. As director of International Security and the senior defence advisor in the prime minister of Canada's Privy Council Office he championed policy oversight of several government departments, Canada’s Defence Strategy, NORAD, NATO, and Canada’s security mission in Afghanistan. As the director of Operations for the Canadian NORAD Region, he led the transformation of Canada’s new Homeland Defence and Continental Security mission in the wake of 9/11 and the Air Security Mission for the 2002 G8 Summit in Kananaskis, Alberta.

Prior to retiring from the Air Force in 2009, Sullivan served at the rank of major-general on a 12-month tour of duty in Afghanistan as NATO’s Air Component Commander and deputy chief of Joint Operations. As the theatre air commander, he commanded Kabul International Airport, Kandahar and several other coalition airfields, and led military and civil air operations country-wide, including combat air operations for NATO’s 42-nation coalition.  As deputy chief of Joint Operations, he was delegated command approval authority of ground-force and Special Forces operations, and NATO’s Counter Narcotics Mission. Sullivan also served as NATO’s Strike Approval Authority for dynamic and time-sensitive targeting operations.

During his Air Force career as a professional aviator and fighter pilot, Sullivan accumulated over 3,500 hours flying jet aircraft, 1,600 of which were flown on the CF18 Hornet in the ground attack and air superiority roles. He has flown operational missions over Europe during the Cold War, the Persian Gulf, Bosnia, Croatia, Kosovo, Canada’s high Arctic and the North Atlantic. He has commanded a Tactical Air Control Party, a CF18 Fighter Squadron, an Air Force Fighter Wing and Main Operating Base, and NATO ground and air forces during combat operations in Afghanistan. 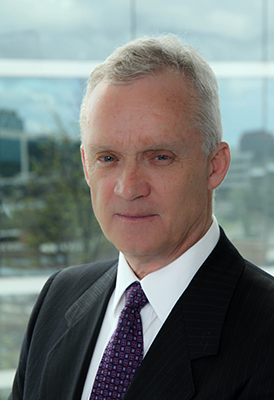