Pierre Ruel is the director of Strategy and Policy for Boeing Canada where he contributes to the development of strategic programs and initiatives in support of The Boeing Company’s core business interests in Canada.

His broad aviation background includes 36 years with the Royal Canadian Air Force (RCAF), Ornge, and Transport Canada. Prior to joining Boeing, he was the director of National Operations at Transport Canada's Civil Aviation Directorate where he led teams with the mandates of overseeing the major Canadian air carriers and their maintenance facilities, the Air Navigation Services Providers, as well as foreign carriers operating in Canada. During his military career, he had the privilege to command a Tactical Fighter Squadron as well as an RCAF Wing and held senior level management positions both in Canada and in the United States. He is a former fighter pilot with combat experience and 3500 flying hours. He holds a valid Airline Transport Pilot license (ATPL) with an Instrument Flight Rules (IFR) rating and a seaplane endorsement.

His academic background includes advanced studies in defense and security with the United States Air Force Air University of Montgomery, Alabama and the Canadian Forces College in Toronto, a bachelor's degree in Military Arts and Science from the Royal Military College, and a diploma in Aviation from the Chicoutimi College. 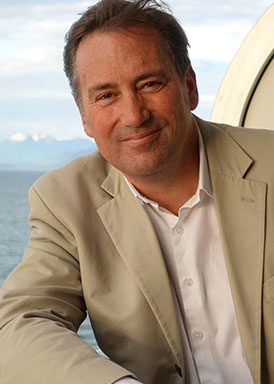